Plato sets forth an argument, using his teacher Socrates as the primary role in the dialogs, to define what justice truly is, and starts a quest to find it within a city first and afterward within a person.   He creates his argument by first debating with several protagonists who define the definition of justice as being“…to benefit one’s friends and harm one’s enemies is justice.”[1]    This argument is narrowed down as “just to obey the orders of rulers,”[2] however it creates a paradox in the argument that rulers can be unjust in order to create a just city.  Plato, speaking through his former teacher, tries to rescue justice out of the conclusions of his debaters that it better to be truly corrupt but perceived by everyone else as just.

The thesis put out by Socrates is that “justice is virtue and wisdom and that injustice is vice and ignorance.”[3]  He proceeds to prove this by first exploring what makes a city just and shows how “justice brings friendship and a sense of common purpose.”[4]   Justice within the city is first proven through painting a path to justice through the  virtues that the cities possess.   The virtues of courage, temperance, wisdom are found in the city and educate the city, especially the guardian class on what “…good character” is and “has developed in accordance with an “intelligent plan.”[5]   The journey through an ideal city comes to the conclusion and the definition of justice: “that justice is doing one’ own work and not meddling with what isn’t one’s own.”[6]   Justice grows from the other three virtues but also “rivals wisdom, moderation, and courage” because of “its contribution to the virtue of the city.”[7]    The dialog then turns to an individual and the conclusion is justice in a city is external, but justice within an individual is internal.   Justice for an individual “…isn’t concerned with someone’s doing his own externally, but with what is inside him, with what is truly himself and his own.”[8]  For Socrates, justice in an individual is really someone who “harmonizes the three parts of himself.”[9] 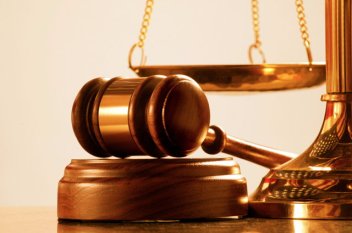 Plato’s argument of justice for a city, through living out the virtues and one’s calling makes sense in a lot of ways, although the practical outcomes proposed are very controlling and border on totalitarian in nature.   Plato offers a picture of a city in harmony living with each other, while protecting each other, and serving each other in various roles and areas that bring goodness and human flourishing to the city.   However, this view of justice is in stark contrast to modern forms of justice as I will highlight next.

Plato’s conclusion of a just city is reserved for the elite and cream of the crop.  The guardians, and briefly discussed, the philosopher kings, are the ones that are treated with the highest respect with the auxiliary and money-making functions being the lowest.  The artist class exists to serve the education of the guardians.  All need to stay within their class, or calling, and should not move out of these areas since meddling and exchange between these three classes “…is the greatest harm that can happen to the city and would be called the worst thing someone could do.”[10]   Plato’s view of justice excludes the unmentioned classes in the text of slaves, some groups of women, and others that do not fit the 3-4 profiles offered by Plato.